On Saturday 19th March 2022, Britain Tanzania Society hosted an online event, chaired by Ben Taylor, discussing President Samia Suluhu Hassan’s first year in office as Tanzania’s first female president. The panellists include Hon Zakia Meghiji who praises President Samia for setting the trend in East Africa in leading the continent to greater gender equality, where young girls can aspire to be leaders but more importantly receive education after giving birth which has been an intensely contested issue within Tanzania. This has been a monumental shift in a society entrenched in patriarchal attitudes, hinting at a new beginning for Tanzania.

Our following panellist, Dr Frannie Léautier spoke on President Samia’s contribution to the Tanzanian economy, from her contributions on steering the country towards peace by meeting with members of the opposition party in the hopes of  building trust, delivering COVID-19 vaccines to a large proportion of the population, to keeping food prices to a minimum by promoting domestic food production in the midst of the Russian-Ukrainian war – all these accomplishments have consolidated President Samia as a truly capable leader. As a result, the country has enjoyed a surplus of food exports, a revival of its tourism industry, and further investment in its infrastructure. These moves show a “strong mark of leadership,” hailing President Samia as a capable president working towards better reforms especially where she rose to leadership during a time of international crisis and national uncertainty. 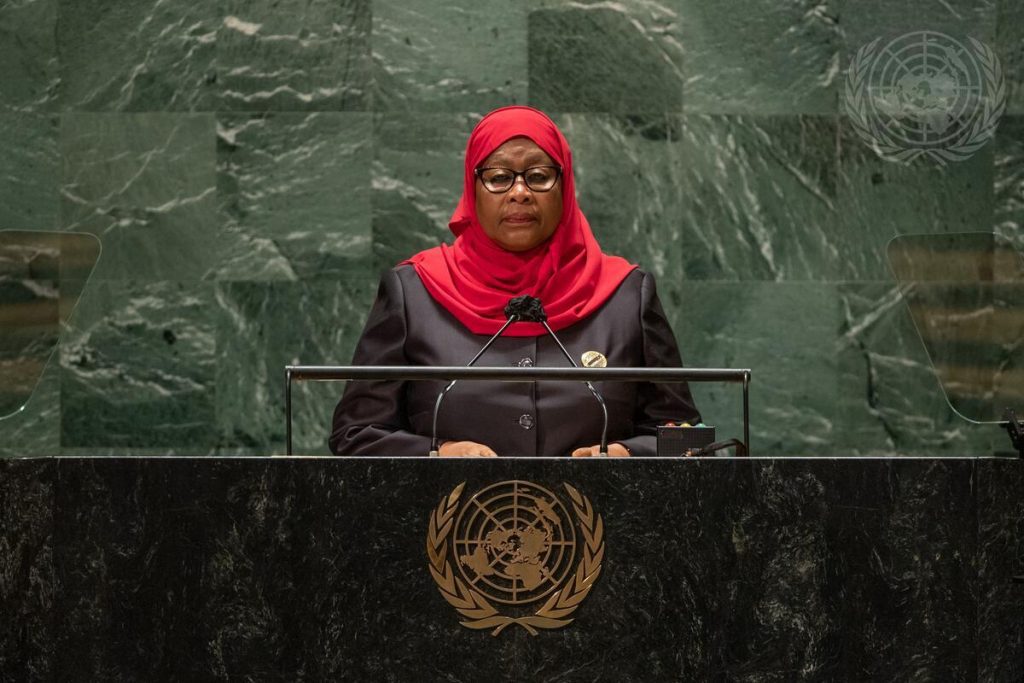 Elsie Eyakuze, then joined us to discuss President Samia’s presidency which greatly differs from the regime of her late predecessor. Where Tanzania was veering towards authoritarianism, President Samia’s lifting of various bans on media outlets has been welcomed with a sigh of relief. The reversal of many repressive laws and newfound freedoms have brought about a quasi-revolution, bringing Tanzania back to its pre-2015 era. However, as Eyakuze notes, whilst President Samia has only reached her one-year mark in office, much more work needs to be done in dismantling the institutional structures so that such bans on freedom won’t be repeated.

Aikande Kwayu also added to this discussion by delving deeper into how President Samia has handled the party so far. Where she has demonstrated her political leadership, President Samia has made gradual yet systematic changes from meeting with opposition leaders to cementing her own political views, bringing greater equality and democratisation to the forefront of her presidential agenda. Her presidency so far shows a move towards further tolerance, and hopefully these changes will stick whilst her authority as a female is still growing yet remains challenged.

You can watch the recording of the event on our YouTube channel!

Finally, Ruth Meena discussed the overall opinion on President Samia’s presidency, claiming that she is essentially “changing the narrative.” As incumbent president she has quite often been underestimated with many having reservations about what her presidency may mean for the country, however, President Samia in just one year has provided a new-found hope for the country, especially for young girls and women. By ensuring to bring about greater democracy, reduce state violence and further equality, she has earned the nickname ‘Mama Samia,’ and indeed she has performed impressively in her first year of office, performing like the mother figure many hoped she would be.

You can also follow Britain Tanzania Society on their Eventbrite page for upcoming events!