Learn about our parent organization.

The Britain Tanzania Society (BTS) was founded in 1975 by Bishop Trevor Huddleston, Amon Nsekela, Roger Carter and others in the UK and Tanzania. It is a non-political, non-governmental organisation. It aims to increase mutual knowledge, understanding and respect between the peoples of Britain and Tanzania.

BTS is organized in two “chapters” or sections, one in Tanzania and one in the UK. The President of both sections is H.E. Ali Hassan Mwinyi, who was the second President of Tanzania.

Within the UK, There is also a Britain Tanzania Society Scottish Group, which aims to facilitate contacts between people living in Scotland who are from Tanzania or who have links to Tanzania.

Britain Tanzania Society seeks to achieve its goals by:

In addition, many members of Britain Tanzania Society actively support their own Tanzania-based projects. 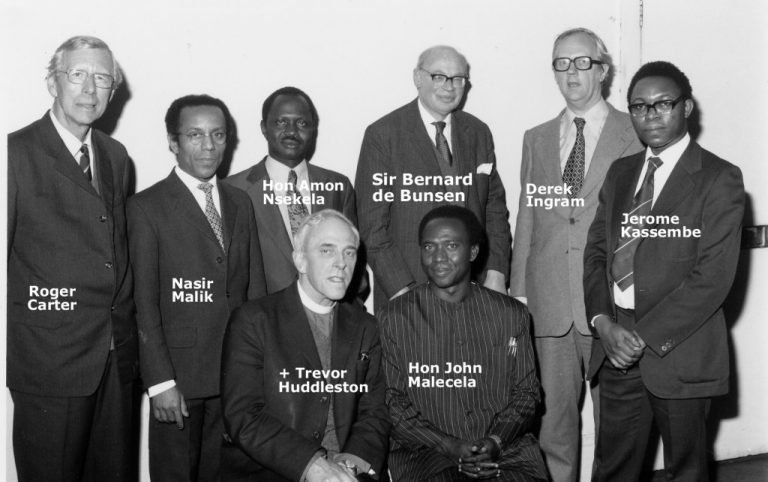 Keep up-to-date with all of our latest news, projects, and events by signing up to our monthly newsletter! You can also be the first to hear about our updates for our shop!