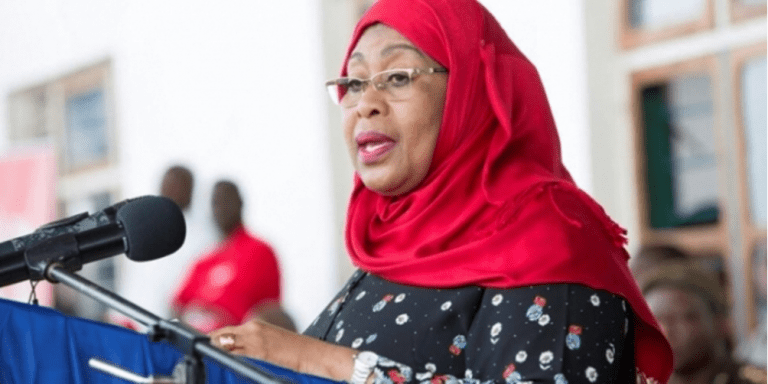 Tanzania got its first woman president after the unexpected passing of former president John Pombe Magufuli. Having served as vice president and as a respected member of parliament, few doubted Hassan’s qualifications as the leader of the Republic. Nevertheless, the historical circumstances are undeniable. Never before has Tanzania had a woman president. So how has she done in her first year in office? And what does it mean to women and girls in Tanzania? We spoke with a few Tanzanians about their impressions so far.

A Role Model for Women and Girls

Generally, I think she is doing an amazing job, said Herry Kasunga (29), a geographical information analyst who works with the TDT and Crowd2Map and volunteers at Hope4Girls. Contrary to her predecessor, President Hassan has eased restrictions on media and reversed a policy preventing pregnant girls from returning to school. “Samia is giving the girls a chance to go to school and pursue their dreams.” Joyce Matron, a secondary school teacher, concurs; “the girls here love Samia; they like her because she is a confident leader.” “The president has opened up doors for other women in government positions, too, and it empowers women through opportunity, says Joseph Gerald, a former student at Ikondo Secondary School.

“Samia’s position reflects the continuity of progress since independence,” Hon Zakia Meghiji told the chair of the Britain Tanzania Society back in March. As someone who also served as the country’s first female Minister of Finance, she knows what it’s like to be the first woman to break the patriarchal glass ceiling. Nevertheless, the former minister pointed out that although President Samia’s ascendance is a reason to celebrate, the circumstances were challenging. First, she has to restore trust and confidence among the Tanzanian people and the international community. To achieve the latter point, the former vice president traveled to the United States, where she met with current vice President Kamala Harris. The meeting’s symbolic significance was felt not only because of the two women leaders but also because it marked the 60th anniversary of the first Tanzanian president, Julius Nyerere’s visit to President John F. Kennedy in 1962. According to The Citizen, the visit generated 1 billion USD in investment into the Tanzanian economy.

While it’s only been a year, the effects of having the country’s first-ever woman president are already starting to show, and many are optimistic about the future